It's A Spirited Season!

Sendik's is running their Wine and Spirits Mega Sale this weekend so now's a great time to garner gifts for your lucky loved ones as well as your favorite award-winning liquors to stock your cellars! Kahlua is on sale and according to the trusty Barnivore, the go-to site for determining the vegan-ness of alcoholic beverages, here's the vegan lineup:

So let's turn to the genius of Robin Asbell (featured by Zoë François at Zoe Bakes) for this spirit-filled gem of a recipe... 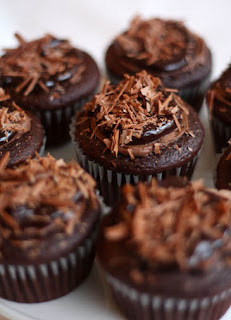 Or go for a quick and easy bon bon from Vegetarian Times... 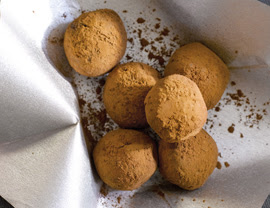 One Green Planet features several posts by supertalented vegan cookbook author Tami Noyes of Vegan Appetite on the subject of wine and the vegan lifestyle:
Vegan Wine Pairing Basics
Vegan Wines: All You Ever Wanted to Know But Were Too Afraid to Ask
Cooking with Wine
Here Come the Holidays: Top Vegan Wines of 2011
Her recipe for Seitan Wellington with a Creamy Spinach Sauce calls for Merlot and looks superdelicious!
And she suggests an excellent Riesling with her recipe for Pomegranate Sweet and Sour Tempeh
Cheers!
Posted by The Peace Patch at 2:01 PM