Happy Submarine-Hoagie-Hero-Grinder Day!
Call it what you want...it's a bun full of yum! Start with a sub roll, pile in as much as you can fit, pour on the dressing or sauce and sink into sandwich happiness.  :) 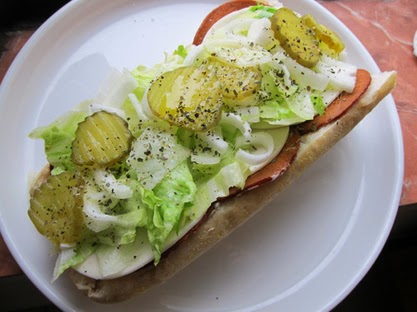 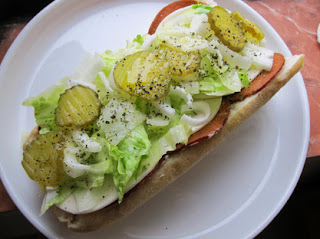 The Vegan Italian Hoagie
from Megan at vegansaurus 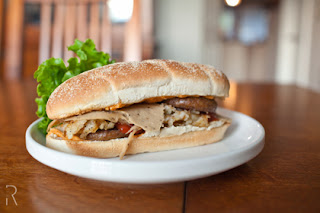 The Unforgettable Vegan Ultimate Sub
from Rika at vegan miam 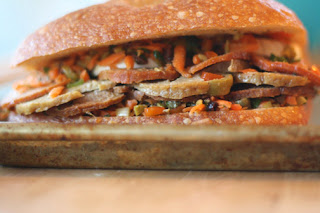 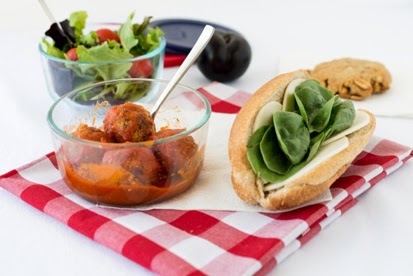 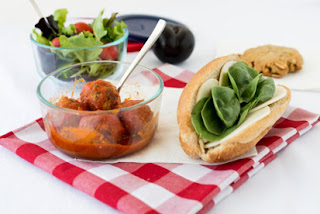 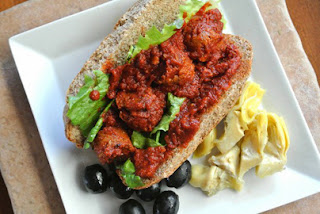 Spicy Mexican Sausage Hoagie
from Ginny at Vegan in the Freezer 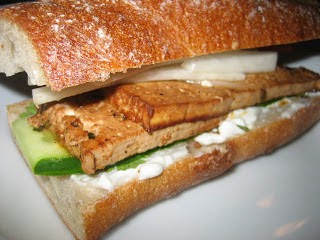 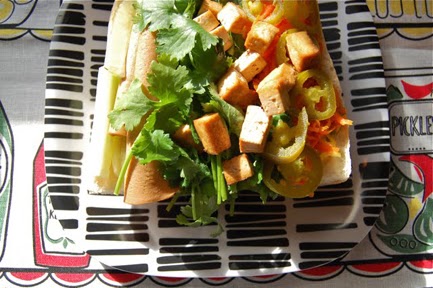 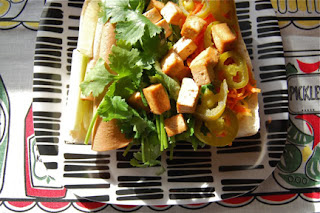 Bánh Mì Chay
from Lynn at Scissors and Spice 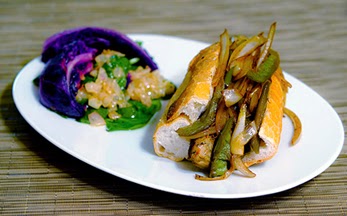 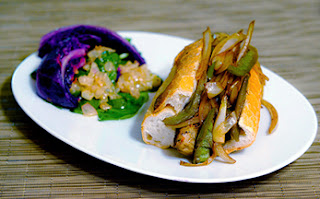 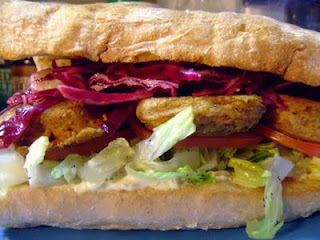 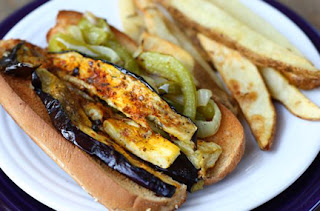 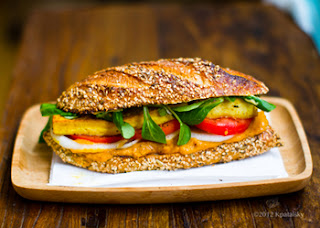 What do you pile on your giant sandwiches? What do you call them? Dressing, sauce or vegan mayo?
Posted by The Peace Patch at 7:28 PM