The Gift of Gumbo

Happy National Gumbo Day!
Louisiana's gift to the world, gumbo is a thick spicy veggie-filled dish with infinite variation...interpreted ingeniously in Creole and Cajun communities, and by each individual chef who spins in their own inspiration. Usually okra-, roux- or file powder-based, gumbos aren't that difficult if you follow a few rules such as choose smaller, firm, unbruised okra and don't let your roux burn...pump your gumbo muscles and stir it constantly!
Get to know a traditional gumbo, then customize it your own vegan way!  :) 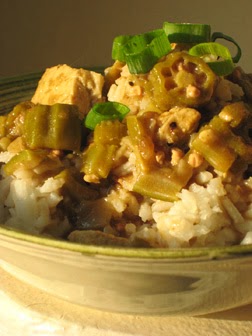 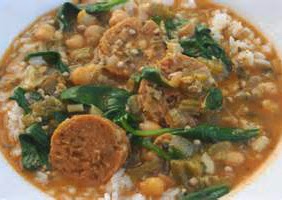 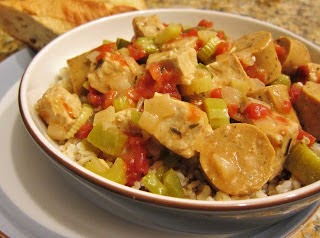 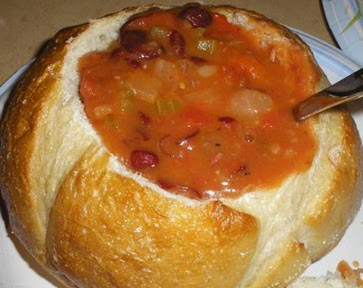 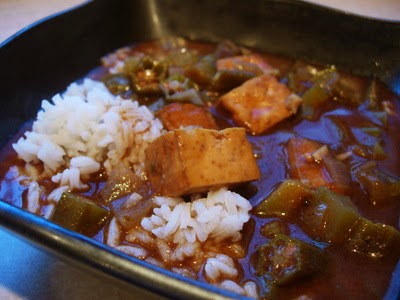 Vegan Gumbo with Smoked Tofu
from Kathy at What Do I Know? 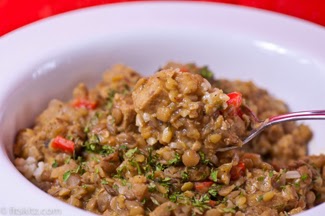 Vegan Lentil and Sausage Gumbo
from Susan of fitskitz 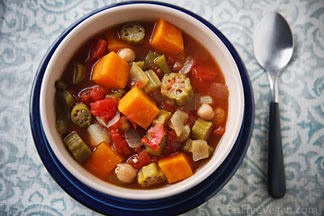 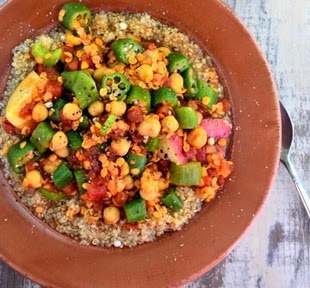 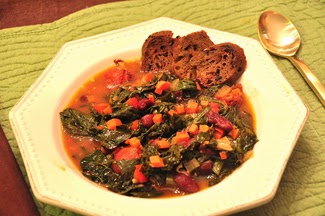 Gumbo Z'Herbes
from Mike at What The Hell Does A Vegan Eat Anyway? 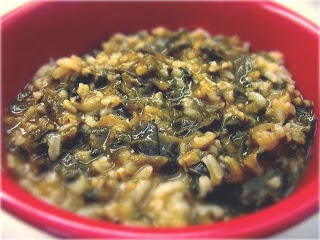 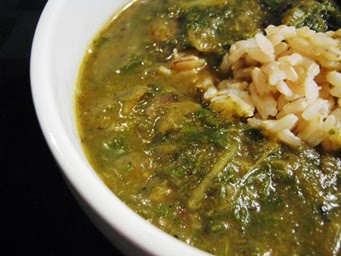 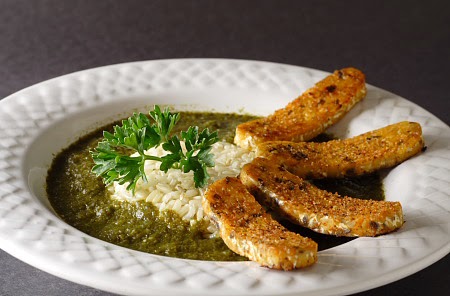 For a shortcut yumful gumbo all you need for Gumbo Rice is an onion, vegan butter, veggie broth, cooked rice and Simply Organic Gumbo Seasoning.
Or try Red Quinoa Pilaf using Penzeys Gumbo File Powder or any file powder of your choice.
Either dish would be delicious on its own or "beefed up" with beans or vegan sausage...or maybe served in a taco or tortilla wrap. I definitely would try using the seasonings on a creole pizza or in a lively pasta sauce or baked casserole...play with your flavors!  :)

What's your favorite kind of gumbo? Have you eaten vegan gumbo in Louisiana? Do you groove on zydeco while cooking in your kitchen?
Posted by The Peace Patch at 12:15 PM