The Perils of Pudding

Happy National Yorkshire Pudding Day!
Be careful when you order "puddings" across the pond...they just might scare your vegan self!

In the UK, pudding may be a sweet dessert or a carnivorous dish. Traditional Yorkshire pudding refers to something similar to American popovers or biscuits that are baked under a pan of roasting meat so the meat fat drips on them while they're both in the oven, or just baked like biscuits and served with meat and gravy...neither one is showing up in my vegan kitchen anytime soon thank you very much.

However, anything that comes close to the yumfulness of popovers gets my attention and guess what? The superdelicious popover part of Yorkshire pudding has been veganized by some delightfully dedicated UK bloggers...yippee! I love the smell of baking popovers so I hope these recipes come close.  :) 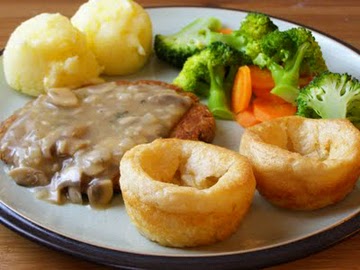 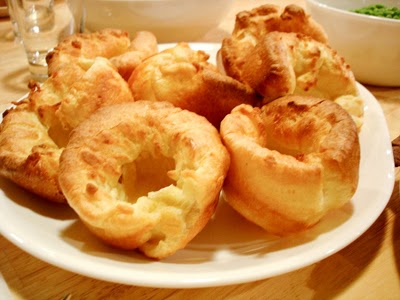 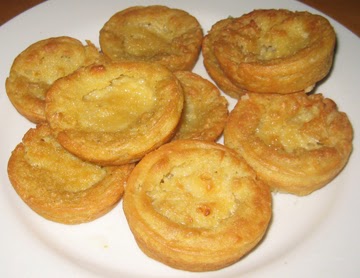 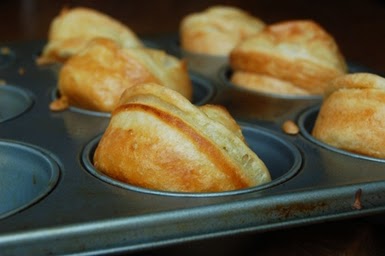 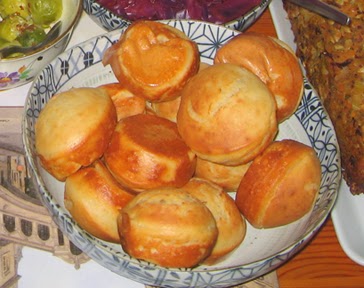 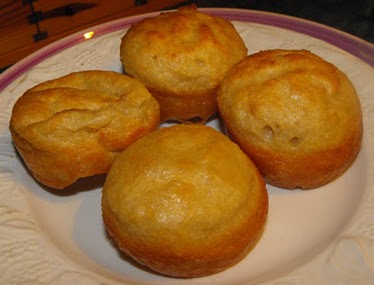 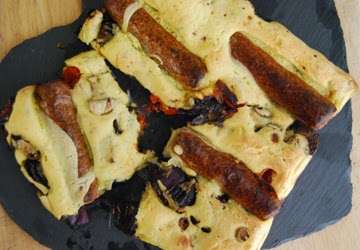 You can eat them plain or slathered with vegan butter, pile in roasted tofu and veggies, or ladle on mushroom-laden gravy or any kind of superthick soup or stew or stroganoffy sort of thing...yumza!

If you're pudding-shy you could use frozen puff pastry shells like PETA's kitchens did in their artfully easy Artichoke Puffs, or stuff them up like so... 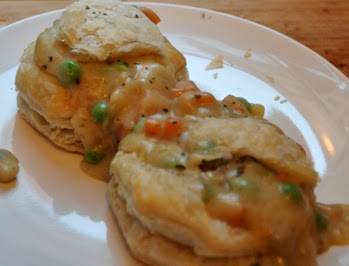 Veggie Pot Pie
from effieboo at In Limbo 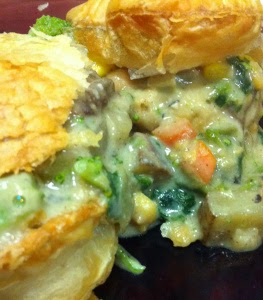 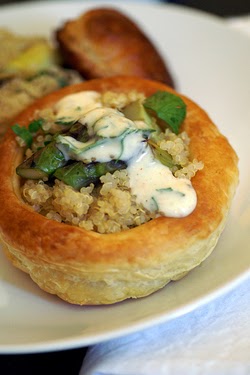 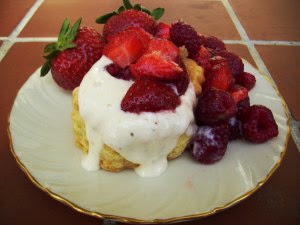 Have you eaten Yorkshire pudding? Have you been to England? What's your favorite way to eat biscuity things?
Posted by The Peace Patch at 4:40 PM